Almine Rech Shanghai is to present ‘Sun of Sound’ by acclaimed French multi-disciplinary artist, photographer, and fashion designer Hedi Slimane, the fifth solo exhibition of Slimane’s work at Almine Rech since 2004, and his first exhibition in China.  ‘Sun of Sound’ also marks the artist’s first solo exhibition since ‘Sonic’, a presentation at the Fondation Pierre Bergé-Yves Saint Laurent in Paris (2014).

Hedi Slimane is an artist of creative agility, whose photographic visions are nothing if  not direct and intimate. The scenes he captures vibrate with intensity, but while the aura is  edgy, his style envelops the elegance and drama of classic black-and-white photography.  Since he began exploring photography at the age of 11, Slimane’s preference has always  been for black and white and, more essentially, his interest lies in subjects that inhabit  Cimmerian spaces in which the various individuals he observes are comfortable exploring  themselves in the privacy of their own worlds and intimate social circles. These are worlds  in which Paris-born Slimane is very much at home; his photographs emanate a sense of  presence, and a process of observing that hews to intuition rather than premeditation.

For many, Slimane’s talent is most readily associated with the arena of high fashion,  but his forte has always been photography. His subjects are varied but core concerns draw him to the street and into the night, to youth culture, dive bars, live music, and to performers young and old, but mostly young. It’s not just any music that fascinates.  Slimane has an ear, and an eye, for the raw exhilaration of the alternative scene and its nascent stars – aspiring stars who, by the very fact of being photographed by Slimane,  are catapulted into the limelight. British journalist Alex Needham describes the moments  Slimane captures in his photographs as showing “young fans in that golden period when  the band they love is still a secret to the wider world, and a concert is a shared celebration  between performers and audience.”

There is something in Slimane’s stark black-and-white style that embodies the phrase  “secrets to the wider world”. It’s not that there is a conscious intent to conceal anything that you can put your finger on, but it’s there in the air of understanding that enjoins Slimane and his subjects. Far from shutting us as viewers out, this sense of presence and connection sucks us in. Staring at Slimane’s photographs, as your eye roves the dark space in which he had obviously immersed himself, the density of a crowd, and the exuberant faces of performers and fans delivers a thrill. A sensation well described by British writer and  music-maker, George the Poet, who said “Making music is like dreaming aloud.”

Hedi Slimane has achieved global recognition over the past decade for his discovery and presentation of emerging musicians and artists. His publications on London youth are among the first books published about the early days of the new British punk-rock movement at the beginning of this decade, capturing the birth of the first generation of Internet users, and redefining the concept of “fans” as an indie youth imagery that has developed globally through emerging social networks. Slimane?s widely followed photographic diary, created in 2006, established and popularized an entirely new genre—the online photo diary.

Hedi Slimane settled in Los Angeles in 2007, a move which considerably strengthened his long-standing interest in California’s arts scene and culture. California Song spans the photographer’s California period and traces his explorations of cycles of urban youth culture and artistic communities, through installations of photographic essays, exhibitions, and publications. 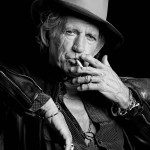 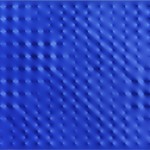 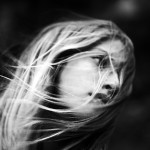 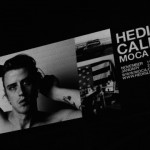