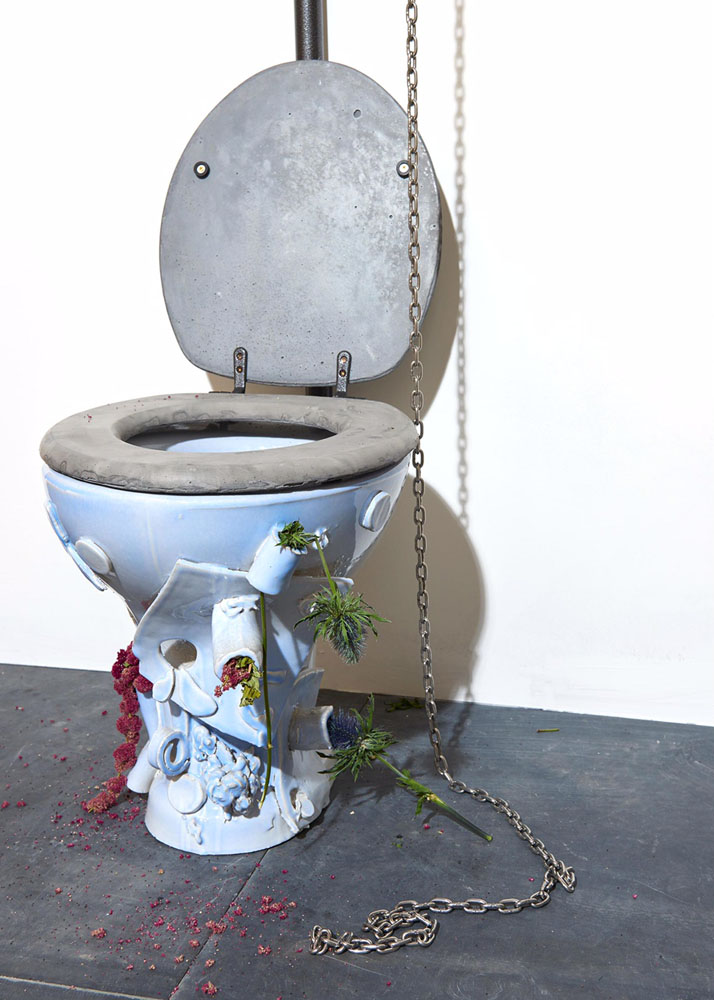 Richard Gasper is a multi-disciplinary artist dealing with fracture and reconstructed process, the work is fetishistic and playful, subverting the process of formal design and disrupting traditional function. The paintings are a hybrid of drawing and sculptural relief, the drawing stem from found sketches created by the artist’s father and reconfigured to create something new on a larger scale. The sculptures play upon the deconstruction and are often derived from found objects – like a sewage pipe or a floor lamp.

What we have in Richard Gasper is an artist who clearly enjoys the process of making and re-making. In his last show at Kinman Gallery we have a massive blow up of a dinosaur, taken from a post card given to him by his father, surrounded by the seductive lacquered wood paintings. 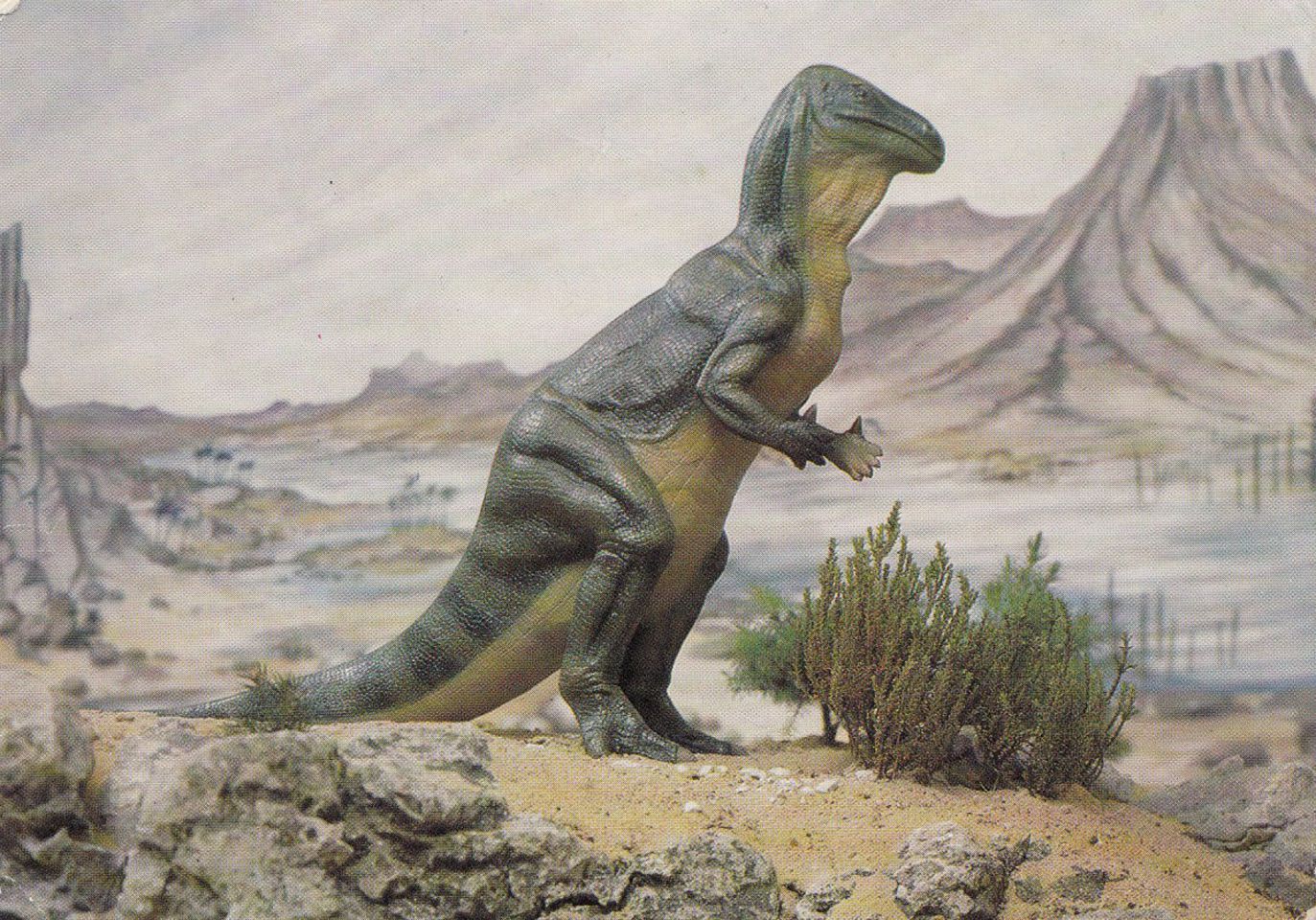 The wooden tree in the middle of the gallery is a totem adorned with sickly flowers and mounted on faux fur, the effect is startling and even sickly. 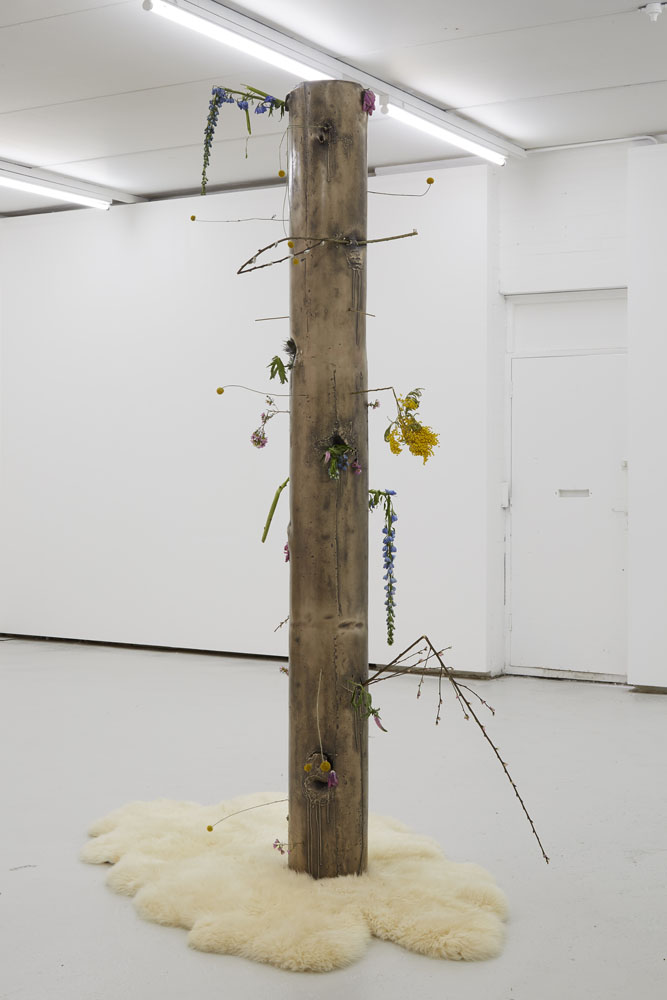 Richard Gasper is an artist who has the technical know-how to create images from various sources, build and break down is very much part of the process. He will be part of a group show forthcoming at Kinman Gallery.

Richard Gasper lives and works in London. He graduated from Slade School of Art in 2005 followed by an MA from Royal College of Art in 2007. He was resident at The British School at Rome, awarded the Sainsbury Scholarship in Painting and Sculpture, between 2010 and 2011. Exhibitions include: Smeared With The Gold of The Opulent Sun, The Nomas Foundation, Rome, Italy (2012); Ruby, Curated by Eddie Peake, Gallery Vela, London (2012); Apocalipstix, The Nunnery, Bow Arts Trust, London (2011); Mortars at Dawn: survey of emerging artists, Leroy House with Carter Presents (2010) and Uber-Flux, Take Courage Project Space, New Cross (2008). He has received a number of awards including Celeste Painting Prize (2007) and his work has appeared in art fairs and private collections internationally.

Vitrine Announces New London Space Which Will Launch in September

Vitrine now welcomes a new commercial gallery space reflecting its growth in recent years and its reputation as a nurturer of new talent.