Between 1972 and 1983, the artist Colette transformed her Lower Manhattan loft into an immersive, ever-evolving installation and inhabited it as a living sculpture. Covering the ceilings and walls with ruched silks, blush satins, mirrors, cascading ropes and lightboxes, Colette obsessively created a complete Living Environment in which every surface was a work of art. Through mixed-media paintings, sculptures, light boxes, costumes, short films, music, performance documentation, and ephemera, the exhibition at Company Gallery reconstructs a portion of this legendary space with a new installation that utilizes the original site’s elements, as well as revisits the prolific period of Colette’s practice during which she called the Living Environment her home.

Colette is an un-categorizable artist who has circulated her singular vision through a wide range of mediums, sites, and contexts. First appearing on the New York downtown scene in 1970 with a series of three-dimensional portraits that resemble maquettes for theatre sets, as well as large-scale paintings made anonymously on the streets of SoHo, Colette then began in 1972 to create her iconic installations in storefront windows. Her first, a tableaux vivant performance in which she posed as the central figure of Liberty Leading the People (1848) by Eugene Delacroix, quickly began to influence the interior architecture of her own home.

Moving fluidly between the public sphere and her own private space, Colette’s work embraced an unapologetic eroticism and effete femininity that short-circuited the feminist politics of the day. Her aesthetic combined the all-encompassing decadence of Louis XVI and the affected alienation of the burgeoning punk scene. Channelling various heroines throughout history in performances and staged photographs, and wearing custom clothing made from the walls of her environment on a daily basis, Colette created an individual mythology in which the line between art and life were largely indiscernible. In a series of performances, Colette would sleep in an exploration of the line between dreams and reality, romance, and the realization of impossible desires. Particularly in her window displays, her wish was to reinvest the ordinary with a sense of magic amongst a random and varied audience.

In 1978, the line between art and life was fully eliminated when Colette enacted a performance at the Whitney Museum in which she “died,” reemerging a few days later at PS1 Contemporary Art Center as Justine — the riotous executor of the Colette is Dead Co. Ltd and front woman of the no-wave band Justine and the Victorian Punks. Recognizing that an artist’s work usually appreciates after their passing, she arranged for her own death to transform herself into what she termed a  “reverse pop artist.” Essentially plagiarizing herself through the development of commercial products and services based on her former artwork as Colette, Justine created an LP (the single to which is Stephen Foster’s operatic composition Beautiful Dreamer, arranged to disco by Peter Gordon), a line of clothing for Fiorucci, and a replica of her own bed, for sale in the Sakowitz Christmas catalogue.

While New York has always been her home, upon receiving a DAAD grant in 1984 Colette moved to Berlin under the new guise of Mata Hari and the Stolen Potatoes. With the help of Leo Castelli, Colette came close to securing a permanent home for the Living Environment before her departure, but its fragments were ultimately moved into storage. Widely influential on artists both contemporaneous and contemporary, as well as on popular culture more widely, Colette and her earliest work, born out of her legendary installation, have for too long fallen out of the narratives of art history.

Colette Lumiere is a pioneering artist whose vast and enduring body of work has both innovated and defied the categories of installation, performance, photography, and painting from the early 1970s through the present. She has been known by the personas of Justine (1978–83), Mata Hari and the Stolen Potatoes (1984–86), Countess Reichenbach (1986–91), the House of Olympia (1991-2001), and Lumiere (2001-2020). 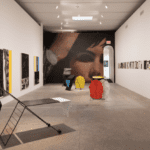 In his second solo show Dishwater Holds No Images at Company Gallery, Troy Montes Michie builds on his interventionist collage […] 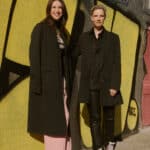 Company have announced that director Taylor Trabulus has been made a gallery partner. 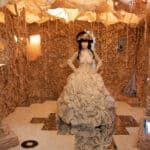 Between 1972 and 1983, the artist Colette transformed her Lower Manhattan loft into an immersive, ever-evolving installation and inhabited it as a living sculpture. Covering the ceilings and walls with ruched silks, blush satins, mirrors, cascading ropes and light boxes, Colette obsessively created a complete Living Environment in which every surface was a work of art. 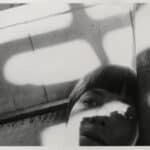 Barbara Hammer, “Tell me there is a lesbian forever…”

Centring on a selection of works that demonstrate the range of Hammer’s technical, figurative and abstract investigations in 16mm film, collage, […]