‘Trophy’a two-person exhibition exploring the purpose of the trophy, its associations and narratives. - FAD Magazine
Skip to content 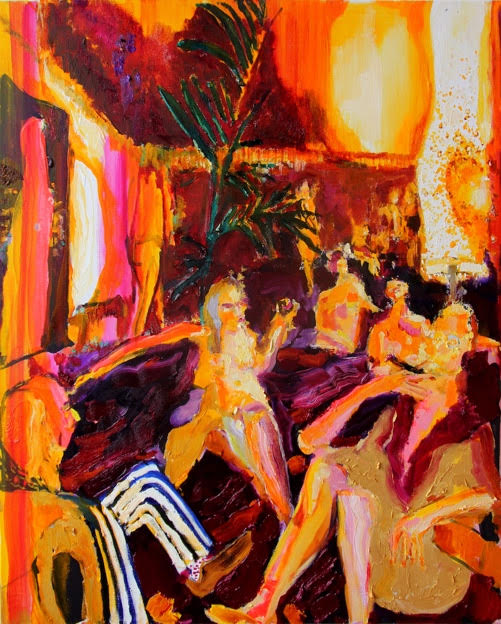 Sim Smith is to present, ‘Trophy’a two-person exhibition exploring the purpose of the trophy, its associations and narratives. From the celebratory to the unassuming, this exhibition surveys its various guises, through fascination and fantasy.

A trophy in its basic sense is a reminder of an achievement, a memory, memento, commemoration, proof of a conquest or goal. Originally taken from the Greek word Tropaion, it referred to arms, and property but also to humans and body parts.

Neither artist deals with the representation of a stark reality in their work, instead, trophies appear consistently through a veil of imagination or memory. Truth and how we remember it, how we perceive it and depict it effects how we tell stories. Our relationship to time and the effect it has on us is complex. 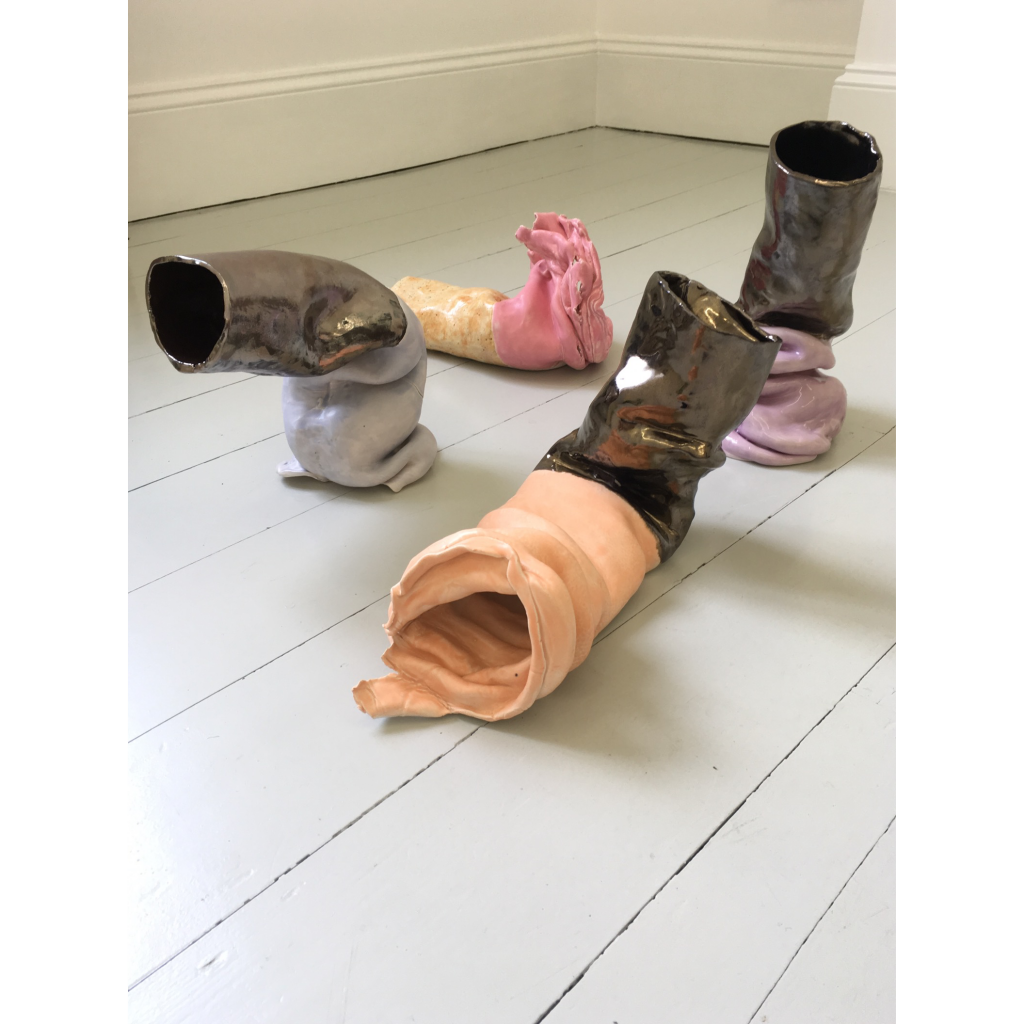 Sandra Lane’s work looks back in time, at the body, at place and at memories you can feel and taste. She sculpts and moulds clay with great personal insight and emotional force. Lane conjures memories from human and organic forms massaged and pinched with her hands; big bows and ruffles slicked with sticky glaze, tumbling wigs that sit like hard icing on top of a cake, heavy platform shoes and broken cigarettes in pastel hues. Her work stems from the autobiographical but also from a sense of an expectation from society, expectations that are placed on women and girls from an early age.

Bradley Wood looks at society through a different lens, always looking in, a voyeur of the domestic and fictional constructed from his imagination. His paintings in heavy oil invite speculation and intrigue. He opens doors to worlds where we can look at willing subjects as well as those caught in private or intimate moments without their permission. Like an unseen photographer at a party or a surveillance camera, he watches over the action and positions the viewer in the role of a ‘peeping tom’, asking questions about ‘who was looking and why?’ and ‘who else is there that we cannot see?’

Both artists consistently use trophies in their work; body parts and organic forms shape the structures of Lane’s trophies as mementos of body and place, whereas status symbols, people, relationships and hunks of meat act as the ultimate trophies in Wood’s domestic scenes. The exhibition looks at our internal dialogue, our relationship to times past but also to expectation and imagination; to wants, voyeurism and desire. It looks at the delight we take in the representations of the trophy, the breaking of moral taboos and the complex narratives at play about our connection to people, places and objects on a psychological and emotional level. 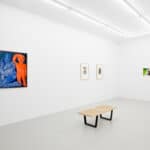 Wild Horses an exhibition of painting and photography by a group of artists, focusing on their gaze, specifically looking at the couple.

‘Wild Horses’ is an exhibition of painting and photography by a group of artists, focusing on their gaze, specifically looking […] 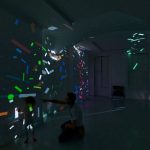 ‘Start Again’ is the debut solo exhibition by British artist Kate Groobey at Sim Smith. ‘Start Again’ is a body of work made with the intensity and multidisciplinary approach that Groobey has become known for.

UNTITLED, ART opened online yesterday and we had a sneak peek, in the limited time we had in it /on it? its v cool, lots of fun, way better than other online art platforms we have been bombarded with so it’s definitely worth having a go